Summertime Drinking: When is it a Problem? 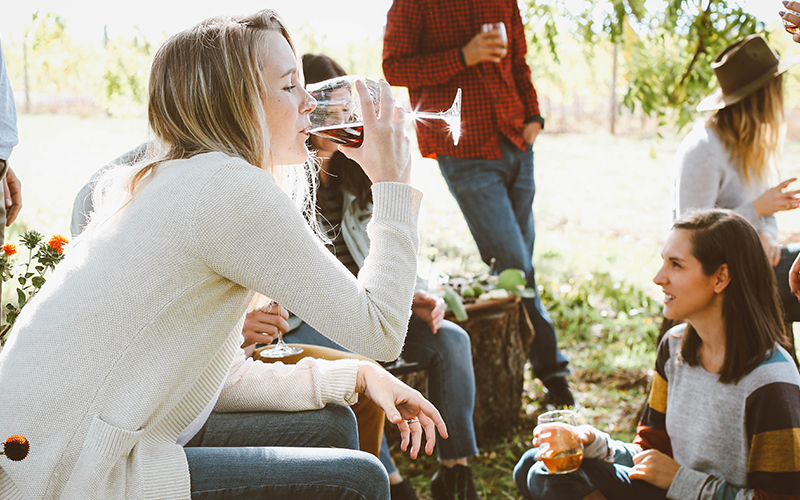 What do you get more of in the summertime than any other time of the year? Besides mosquitoes and sunburn. If you guessed more drinking, you’re right. Summertime drinking!

Except for the winter holidays, no other time of the year sees an increase in drinking as much as the good old summertime. And, with good reason.

There are more leisure-time activities — ballgames, outings to the beach or lake or river. More barbecues, picnics and other social gatherings where alcohol is as natural as hot dogs on the grill.

Even our home chores give us permission to drink more: there’s nothing like a cold beer after a wrestling match with a feisty weedeater.

Just like the temperature, drinking taboos are lifted a few degrees in the summertime. Drinking in the daytime is more acceptable.

Light Up The Tiki Torches

Consider lounging around the pool drinking tall, cool ones, patio parties where exotic drinks and Tiki torches brighten up the night. And since it stays lighter later, the cocktail hour is extended a few hours. More time for summertime drinking!

Vacations often mean more drinking, too. No job to get to first thing in the morning, a relaxing time and place where you can loosen up, have some fun.

So, it’s often during the summer that drinking problems may arise.

It’s not true that summertime drinking or increased drinking causes alcoholism — alcoholism is a disease with many “causes.”

Just because someone drinks more frequently, or consumes more alcohol than they used do, doesn’t mean he or she has become an alcoholic.

But, there are warning signs that drinking may be a problem, for example:

Alcoholism is a family disease. That means it affects not just the person who drinks, but everyone else in the family — they’re called co-alcoholics, and they may need help as much as the alcoholic to recover.

The most common symptom of alcoholism is “denial” that there’s a problem; the first step in recovery is to admit there might be a problem.

If you’re concerned about your drinking, or someone you love, let’s talk.

A New Outlook Counseling Services provides therapy for those with mental health issues, addictions to drugs and alcohol as well as marriage counseling and relational therapy for couples and individuals.

We have offices to serve Colorado.